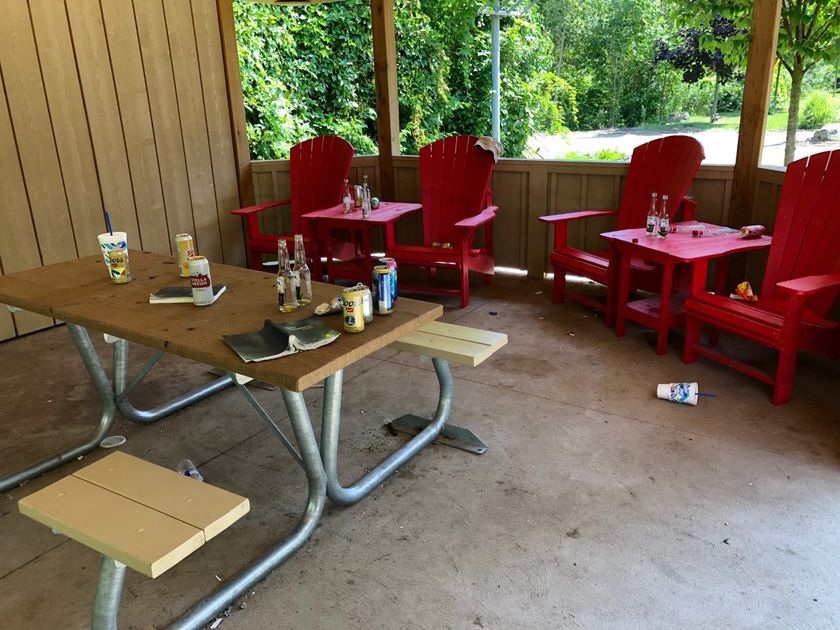 The multi-use trail that connects Southampton and Port Elgin is built on the old Wellington Grey Bruce Railway line that ran in the late 1860s and early 1870s.

Although the exact cost of repairs is not yet known, several people with knowledge of the situation peg the repairs at “thousands of dollars.”

“They must have had quite a party,” RailTrain manager Jerry Boucher said volunteers to continues to clean up and make repairs Aug. 27.

A chunk was carved out of the arm of an Adirondack chair Aug. 17, other chairs were tossed around, there were boot marks on displays and lots of litter, Boucher said.

A neighbour heard the noise and called police but the vandals had fled before officers arrived.

Boucher said he was “pretty disappointed and discouraged” with the senseless damage as all of the rail trail projects are done by volunteers and paid for with donations.

He is worried the senseless vandalism will escalate.

“We’re working on the repairs and hope to have them complete by mid-September,” Boucher said, in time for an annual memorial service Sept. 15..

Boucher said these latest incidents might spark another look at adding security cameras. Last year following vandalism – including defaced signs, a break in at the shed and the theft of a gas can – Bucher said they talked about beefing up security in the somewhat secluded area.

“We talked with the town about getting permission to install cameras, and now we need to have another look at that idea,” Boucher said, adding that a solar light installed by the town to deter vandalism is out of commission.

RailTrail booster Joyce Scammell of Port Elgin called the vandalism “infuriating” and the fact that the site is a special sanctuary made the senseless vandalism even worse.

“It is repairable damage – we can fix the lock and doo hasp the wall where a section was cut out. But it is all paid for by donations and volunteer time, so we all lose.” Scammell said in an Aug. 27 telephone interview. 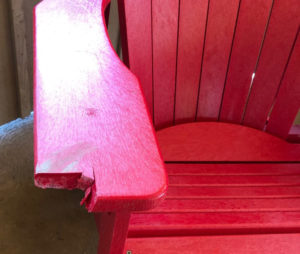